Costa dos Castros (Coast of the Hillforts), in southern Galicia (north-west Spain) is home to an extraordinary high density of archaeological sites: 12 Iron Age hillforts in 7 kilometres of coastline, and over 1.000 rock carvings dotting the hillsides.

Many of the sites are owned collectively by around 600 people organized in four Comunidades de Montes, “country communities”. The Comunidades are based on a land ownership system, unique to Galicia, in which local residents collectively own and manage an area of countryside.

The Comunidades at Costa dos Castros have always worked towards enhancing their archaeological heritage. In early 2016, representatives of these four Comunidades united to create the Association Costa dos Castros (ACdC), marking a turning point in the local community’s fight to protect and promote this area.

Costa dos Castros is a unique strip of coastline; here the rocky shoreline runs parallel to the mountains of the Serra da Groba. The contrast between the fertile lowlands close to the sea and the highlands overlooking the Atlantic has determined life in this area for thousands of years. 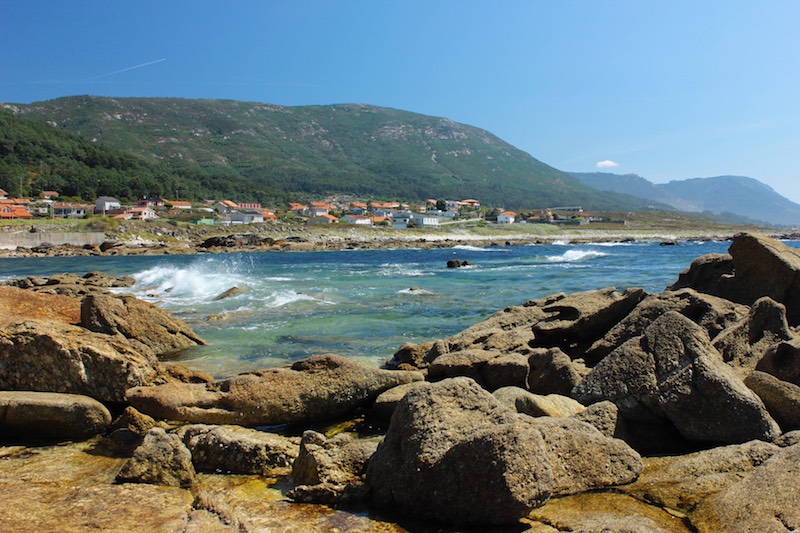 The hillforts or castros line the coast following two distinct land occupation systems. Three of the castros were built high on top of the hills for defensive purposes, whereas the other hillforts are located in the lowlands, nearer the agricultural and sea resources. Most of the rock art panels also appear to follow a system – they are mainly located on the hillsides at around 100-200 metres, bordering the cultivation lands and traditional settlements.

Archaeology for the Community

The Comunidades aim to promote archaeological research to learn more about the history of Costa dos Castros and enhance the hillforts and rock art for the local community and visitors. In doing so, they embrace principles of Community Archaeology, which is based on communities actively managing their heritage.

Through heritage management the Comunidades also aim to assist the local economy by encouraging sustainable tourism in the area. Archaeology is therefore the foundation on which to build a network of tourism resources on offer at Costa dos Castros: natural and cultural heritage sites, a wide range of restaurants and accommodation, and many outdoor activities.

Joining the dots for a stronger project

Creating connections and teamwork is beneficial to the project and community. ACdC receives support from Oia Council, and works together with important local groups such as ACAMO, a cultural heritage non-profit organization, and ANABAM, a non-profit ecologist organization. The Association Costa dos Castros is open to collaborating with new Comunidades de Montes or even neighbouring villages who want to join this project.

Galicia, Spain and beyond

The Association Costa dos Castros partnered with the Institute of Heritage Sciences of the Spanish National Research Council in 2015 and 2016. In 2016, ACdC also partnered with London-based social enterprise DigVentures to launch the first ever archaeological crowdfunding campaign in Galicia. Over 5,000£ were raised for the project. 2016 a second crowdfunding campaign for Costa dos Castros was launched.